Breakfast With A Chance of Pasta 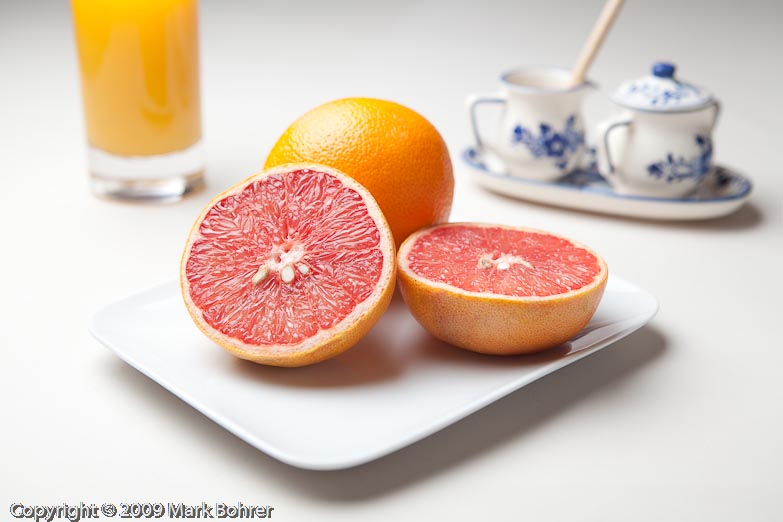 Eating food and photographing it are two different things. You know what tastes good, but how do you get it to look good? I started with a loose idea of a pasta shot for a potential client. Before my wife (who’s also a professional food developer) had finished preparing the pasta, I put together some stand-in food, chose a camera angle, and started lighting.

Hard-edged shadows can be distracting. A picture of your spouse with the unmodified flash on-camera won’t win you any points, especially if there’s a wall right behind her. Grow the light and use it close, and the shadows soften. That’s made softboxes a very popular light source for the last 30 years.

Those shadows need to be where they won’t distract the viewer. They also need to show off a food’s texture. Shadows show depth in a photograph’s two dimensions, so you gotta have some soft ones.

It’s not the way you light portraits – food looks better when the main light is behind it or to one side. So I set up a 2X3 softbox to the back left for my stand-in fruit breakfast. I added a specular highlight with a mirror and filled with a reflector on the left. I also lit the top of the orange juice glass to make it glow and give a shadow gradient to the background.

The fettucine and bread were both ready at this point, so I slid them in and adjusted my lights a bit. I started with two plates to separate bread and pasta, and also to give an art director more pictures to choose from. I put the bread together with the pasta, the way the rough layout diagram called for, but I felt something else was needed. So I added a fork. I liked the high-key shot, but I still felt it was a little stark. And the holes in the bread bothered both of us. We’d run out of time for one day, so my wife put the pasta plate in the fridge to use for tomorrow’s stand-in.

She liked the way the pasta looked in there – nice texture from the single light in back, and fill from the white walls of the fridge. So I re-created the light with a softbox over and behind the pasta, a white reflector to the right, and the white paper background all the way to the floor. I added specular highlights for life and appeal. My wife thought the white plate needed a contrasting background, so we added a wood-textured placemat. With one more light to bring up the mat’s foreground, I was ready to go. Shot Notes –
I used small strobes for all lighting, and triggered them optically from the camera. They’re a lot easier to set up and use than studio strobes and power packs. Grids and mirrors focused light for specular reflections, and a Stofen diffused the light in the 2ft X 3ft softbox. I took the breakfast fruit picture with a 24-70mm lens at 70mm. I switched to a 70-200mm at 200mm for the pasta to get the deep red background wash. All pictures were shot with a full-frame digital SLR, so I got what I’m used to from my 35mm film days.