What To Do When You’re in Gallup 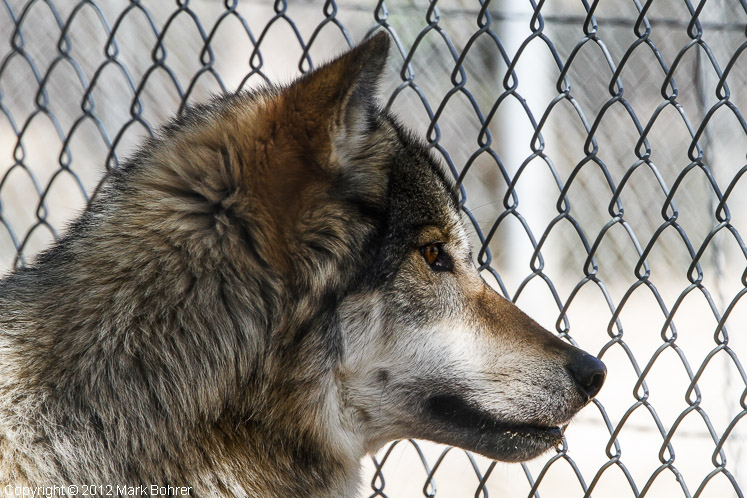 Great as a jumping-off spot for trips to Chaco Canyon‘s Anasazi ruins, it’s usually a town you pass through on your way somewhere else.

That’s exactly what it was for us, but even less-likely Candy Kitchen, NM, became our next stop.

We followed a tip from Arizona friends and stopped at Wild Spirit Wolf Sanctuary, about an hour southeast of Gallup. We happened to catch Executive Director Leyton Cougar leading ambassador wolf Flurry out of his enclosure.

We all got to pet Flurry, who seemed indifferent to us. That’s as it should be – Flurry’s a wild arctic wolf, but just happens to lack the skills he needs for survival in the wild.

We saw a red fox and other wolves in their large enclosures. Sadly, most of the wolves and wolf-dogs at the Sanctuary get there after being bred as vanity pets that become too much to handle.

Shot Notes
When you’re shooting in a captive situation, your best bet is two camera bodies, one with a wide to short telephoto zoom and the other with a longer telephoto zoom. Instead, I swapped EF 24-70mm f/2.8L and EF 70-200mm f/2.8L IS lenses on the same EOS 7D body. I used an iPhone 4S as my spur-of-the-moment wide-angle camera.

The problem is that iPhone cameras tend to blow out highlights like white fur. I didn’t have the time to move the auto-exposure point to a light area to reduce the problem in the ProCamera app I use. Moving subjects didn’t let me do this, and I knew I couldn’t crop very much with an 8 megapixel camera. I had to crop in the LCD instead, shoot quickly in photo-journalistic style, and ended up blending blown areas as much as possible in Lightroom 4.